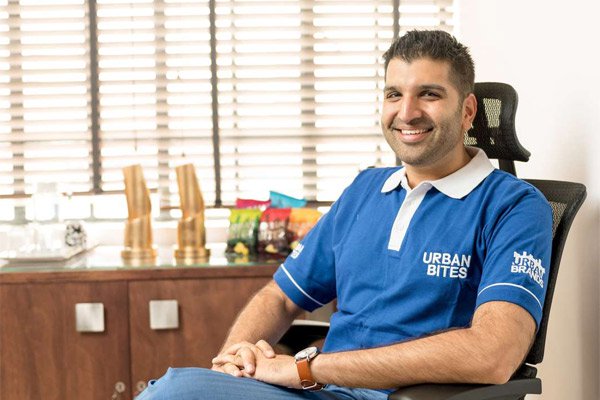 In 2007, Faraz Ramji co-founded Norda Industries with the mission of creating growth and opportunity in East Africa by providing consumers with quality, innovative and fun products. In the last 10 years the company has been manufacturing snacks and has several well-known brands such as Urban Bites, Urban Stix, Bitez and Tamu Tamu.

Fast forward to June last year, when Faraz received a phone call in the middle of the night informing him that his factoring was burning. He rushed to the scene and watched it burn down until 6am. He says that “I was humbled because I realized that what took 10 years to build could be destroyed overnight”. After thoroughly surveying the damage, Faraz determined that he’d lost over $1.5 million  dollars. The flames had consumed years of hard work, and his plant’s insurance covered only about a half of the total damage.

That not withstanding, Faraz immediately began to rebuild his business. He could have wept, yelled in anger, or locked himself in his house in a state of depression.

Faraz’s story is a powerful example of Stoicism, an ancient Greek philosophy that I learnt from Holidays’ book, “The obstacle is the way”. Holiday explains that the Stoics were not emotionless men devoid of feelings, but rather men who practiced total control over their emotions in a way that acknowledged forces beyond their control.

Philosopher and writer Nassim Nicholas Taleb’s definition of Stoic: someone who “transforms fear into prudence, pain into transformation, mistakes into initiation, and desire into undertaking.”

“When Thomas Edison’s factory burned to the ground in 1914, destroying one-of-a-kind prototypes and causing $23 million in damage, Edison’s response was simple:
“Thank goodness all our mistakes were burned up. Now we can start fresh again.”

It’s fine to initially respond to loss or failure with sadness or anger, says Holiday, but only if it’s fleeting. When tragedy strikes, you must accept that it has happened and that you cannot change the past. Finding the opportunity to overcome a challenge ultimately makes you stronger.

Faraz not only mastered his emotions but he also instilled this mindset in his employees. For Faraz and his team, there was only one thing to do, and that is to jump right in and rebuild. To do great things, we need to be able to endure tragedy and setbacks. We’ve got to love what we do and all that it entails, good and bad. We have to learn to find joy in every single thing that happens.

For sure, the obstacle is the way, Norda Industries is back, bigger and better, I can finally get back to enjoying my favorite snack, Bitez!

One thought on “The obstacle is the way”